The Fluid Motion Theatre Company in Basingstoke is using youth theatre, drama and education to create opportunities for community cohesion.

Here in Basingstoke this month, arts are being used to explore topics such as “What is it like to have mental health problems?” This may be an opportunity to explore what it means to you, and have your experience and perceptions validated or challenged.

I imagine that everyone has heard about the recent revelations of Prince Harry’s struggles with bereavement following his mother’s death. Bereavement in childhood is complicated. Prince Harry’s trauma has also been exacerbated by intrusive media scrutiny and expectations. There are so many factors that impact our lives and experiences.

I found the letters in the article to be really helpful at raising the wider issues, including funding, culture,  stigma, politics and pharmaceutical industry self-interests. Perhaps you will too.

If you or your child have been affected by a similar situation and you need someone to talk to, then please contact me . Information and advice about bullying, including cyber bullying, bullying at work and how a counsellor can help you.

END_OF_DOCUMENT_TOKEN_TO_BE_REPLACED

Joy says, “There’s clearly a crisis in our country and something is going very badly wrong, especially for young people’s mental health. I wonder how we as a nation can start making changes to our fundamental view on life as well as our expectations of young people? The difficulties we face as a nation through community and family breakdown and ill-considered use of technology are things that trouble me deeply, particularly seeing their impact as I do.” Talking to your child about your concerns is really important because it shows you care.

Please read this affirming article which expresses everything that I am about: Worried About Your Child’s Mental Health? Here’s What to Do Next 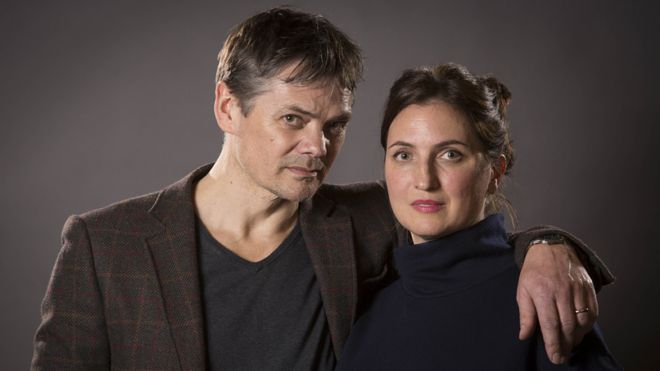 The Archers: What effect has the Rob and Helen domestic abuse story had?

Source: BBC The Archers: What effect has the Rob and Helen story had?

This Archer’s story has been timed and sensitively crafted to fit in with new legislation on controlling or coercive behaviour which came into effect in December 2015. Many news organisations have been reporting on the story’s significance, particularly recently when it reached a climax as desperate Helen sought to escape from her abusive husband Rob.

If all this feels painfully familiar ask yourself: “Who am I in this scenario? The victim, the perpetrator, the child of an abusive relationship, the friend or relative of someone struggling?” Sometimes we even have more than one role. As sufferers of abuse, we can then go onto abuse others.

With courage, your second question could be: “How am I going to break this vicious cycle?”
See the support agencies listed in the BBC article and contact Joy to get support with making sense of what is happening in your life and how you can find a way to safe and healthy relationships. There are many reasons people need help – and there’s no shame in seeking it out.

Source: People Open Up About Why They’ve Been To A Counsellor

Contrary to what you might think, anxiety is a normal experience. It’s a protective mechanism which everyone has – and if we didn’t have it, then we wouldn’t function too well.

Source: Anxiety: What Is It? What’s It Like To Have It? And How Can You Cope With It?

This article that helps us understand how we can get caught up in the vicious cycle of avoiding situations and then becoming increasingly anxious and limited in our lives. Fellow sufferers share their stories and there’s encouragement as to ways forward through the pain and out the other side. There’s also help for you if you’re supporting someone struggling with panic and anxiety.

You’re probably still in shock. You’re most likely angry and you want someone to blame. But you’ve got to find a way to move on

Source: Traumatised by the election result? A psychotherapist’s recovery guide | Politics | The Guardian

Joy says, “The election result was an unexpected shock, whether you feel it was good, bad or indifferent. I was interested in a psychotherapist’s view of the emotional trauma she experienced when receiving the news, not because I think this is a common issue, but because she outlines some useful ways to help you recover from a trauma. Perhaps there is something here that will give you a hint of possible ways forward. Sometimes though, we need someone else alongside to support us in the process, particularly if our difficulties are prolonged and/or stem from childhood issues. It’s the very presence of that caring, supportive somebody, rather than any specific do’s and don’ts, that makes the difference. Take some time out for yourself and consider what you best need to resolve the issues you face. “

I was privileged to see Ruby Wax live at the St James Theatre on the weekend, in her one-woman stage-show, “Sane New World”.  There she shared bitter-sweet laughter with the audience about human failings and our inability to manage our lives. Taboos on discussing mental health issues have crippled us for such a long time that it was refreshing to hear Ruby being so honest about her own struggles with deep, dark depression. END_OF_DOCUMENT_TOKEN_TO_BE_REPLACED